John Wesley Hackworth was born at Walbottle, Durham, on May 8th 1820 at 6.30 pm  and lived there with his parents until he was 5 years old, when his father, Timothy, joined the Stockton and Darlington Railway. It's not clear in Robert Young's book which part of Walbottle Timothy lived Walbottle or North Walbottle. The colliery seems to have been in north walbottle and so one assumes that Timothy lived in North Walbottle, possible in Coronation Road where there were cottages for the mine managers and top people. The back to back terraces for the mine workers are now gone I believe. However I can't be sure of the location of his residence at this stage, if anyone knows, do get in touch.

Walbottle - a Potted History
"Walbottle is a village in Tyne and Wear. It is a western suburb of  Newcastle upon Tyne. The village name, recorded in 1176 as "Walbotl", is derived from the Old English botl (building) on Hadrian's Wall. There are a number of Northumbrian villages which are suffixed "-bottle".(it has been pointed out that  suffix Bottle was originally 'Pottle' (Latin Potus) meaning small fortified building on the Roman Wall. Source http://newcastlephotos.blogspot.co.uk/2010/07/walbottle.html (comments).

Bede, in his Ecclesiastical History of the English People, refers to a royal estate called Ad Murum near the Roman Wall where, in 653 AD, the King of the Middle Angles, Peada, and the King of the East Saxons, Sigeberht, were both baptised into the Christian faith by Bishop Finan, having been persuaded to do so by King Oswy of Northumbria. Historians have identified Ad Murum with Walbottle.

Ann Potter, the mother of  Lord Armstrong, the famous industrialist, was born at Walbottle Hall in 1780 and lived there until 1801. George Stephenson had also worked at Walbottle Colliery. Other notable people born in Walbottle were  Thomas Tommy Browell (1892–1955), professional footballer
Richard Armstrong (author) (1903–1986), who wrote for both adults and children. He was the winner of the Carnegie Medal in 1948 for his book Sea Change. He is also known for a biography of Grace Darling in which he challenges the conventional story: Grace Darling: Maid and Myth. He is often described on the cover of his books as "author and mariner". William Wilson (18 May 1809 died on 17 April 1862 in Nuremberg, Germany). Mechanical Engineer who pioneered railways in Germany in the nineteenth century after working alongside George Stephenson in England. The German Wikipedia article de:William Wilson (Ingenieur) mentions Wilson as being the driver supplied by the Stephenson Loco Works to operate the Bavarian Ludwig Railway." Source http://en.wikipedia.org/wiki/Walbottle

Walbottle Colliery
"This colliery is situated in the parish of  Newburn, about 4½ miles west by north from Newcastle. It is of
considerable antiquity, the Duke Pit having been a working shaft upwards of 100 years.

Two basalt or whin dykes run through the colliery; and slip dykes and troubles are very prevalent here. The colliery has been remarkably fortunate in its exemption from explosions. There are three working pits, at which the coals are drawn by an aggregate of 83 horse power. There are also three pumping engines, combining 262 horse power. The waggon-way from the Coronation Pit to the staith at Lemington is about 2 miles long; and the waggons are conveyed thither by horses and inclined planes. The coals are forwarded to the ships by keels. Messrs. Lamb and Co. are the proprietors of the colliery. The coals are known in the market by the names of "Holywell Main," "Newburn Main," "Holywell Reins," and "Holywell Reins Splint."
Views of the Collieries (1844)" Source http://www.dmm.org.uk/colliery/w025.htm

Timothy Hackworth was born 1786, in Wylam, to John Hackworth who was foreman blacksmith at Wylam Colliery and a celebrated boiler builder and general worker in metals as well for Christopher Blackett. Timothy had started a 7 year apprenticeship under his father and after his father's death and on finishing his apprenticeship, Christopher Blackett enabled him to take on his father's position. Thus Timothy stepped into a position of responsibility at an early age. Timothy's story is told here.  In Wylam Timothy gained his formative experience that would set the standard of his future work as an engineer. At 22 he began work on the new steam locomotives that were being introduced at Wylam. He held this position for 8 years.

Writing of those early days when John Hackworth oversaw Timothy's apprenticeship, John Wesley Hackworth said the youth "gave early indication of a natural bent and aptitude of mind for mechanical construction and research, and it formed a pleasurable theme of contemplation for the father to mark the studious application of his son to obtain the mastery of mechanical principles, and observe the energy and passionate ardour with which he grasped at a through knowledge of his art."

In 1815 circumstances occurred which led to Timothy Hackworth's departure from Wylam.

Timothy had no wish to leave, his employment was congenial. he was in a modest way, comfortably off, it was his native place, and here was born his first child.

In Wylam, there had been the 'Dillies' which had been deeply interested in and to which he desired to bring to them such a state of efficiency as should show beyond all doubt the their superiority to horse traction..but there were influences at work that affected the comfort of his his permanent residence at Wylam. Blackett had other interests besides the colliery from which he was frequently absent and the reins of authority passed to his viewer, William Hedley. Hackworth, whose views on the sanctity of the Sabbath were well known and had always been respected previously, was requested to do a piece of work at the colliery on the Sunday, to which he firmly declined to be a party. Passing the colliery one Sunday on his way to a preaching appointment, the following conversation took place between a workman and himself.

"Where's thee gannen?" the man asked. Hackworth replied "I am going to preach" "Is thee not gannen toe to du thee work?" asked the man. "I have other work to do today" Said Hackworth. "Well, if thou'lt not, somebody else will and thou will lose thee job"  to which Hackworth rejoined "Lose or not lose, I shall not break the Sabbath."

The result was that Hackworth had to give up his position, a matter about which he felt very keenly but as to which he never hesitated.


New Position in Walbottle
Robert Young provides a good portrait of Timothy's time at Walbottle
"Timothy Hackworth's reputation had extended beyond the narrow confines of Wylam village, and he was honoured and respected as a good man and a clever craftsman. When it was known that he was leaving Wylam he received an offer from William Patter, viewer and part owner of Walbottle Colliery, to go there as foreman smith and accordingly he took up residence at Walbottle early 1816. here he remained for 8 years. William Patter, the manager was a man of high character, and a close friendship existed between the head of the colliery and his foreman smith, which remained unbroken during the whole of Hackworth's service there.

The Walbottle period may be considered the most peaceful and possibly the happiest of Hackworth's life.

There is little to record of public interest. he followed the even tenor of his way, punctually and efficiently  fulfilling his duties secular, social, family and religious. his leisure was spent in study, visiting the sick and similar good works, and he was keenly interested in the people among whom he worked and in whose moral and social advancement he was ever concerned. At Walbottle he made many intimate and lasting friendships, was held in high esteem and won golden opinions throughout the district for his integrity and the many many virtues he possessed. His industrial pursuits were numerous. He was  a keen gardener, made a study of horticulture but his chief affections were in the direction of mechanics and he built many steam engines for grinding salt and similar objects, manufactured safety lamps and had always before him the problems connected with the improvement of the locomotive. He did not therefore anticipate a further change of employment, just as he would have been content to remain at Wylam, so at Walbottle the simple life satisfied him. When the time came for his entrance into more absorbing field of locomotion development it was only after much careful thought that he agreed to make the great change.

Those quiet years spent at Walbottle cover a period of considerable activity in the construction of railroads with which Timothy had had no concern. many men were considering the problems of cheap haulage, without which no material advance was possible, many novel proposals were made public but despite that, during Hackworth's 8 years at Walbottle, no progress had been made in the improvement of the locomotive."

John Wesley Hackworth was 5 years old when Timothy moved from Walbottle and the story continues in the post below. 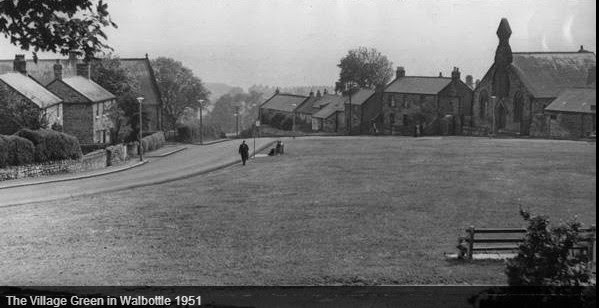 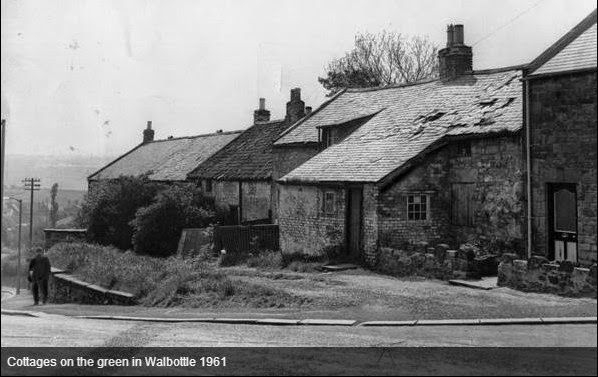 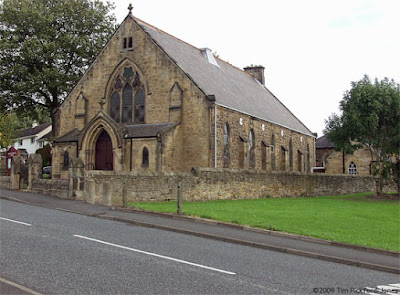