George Turner Smith gives an account in his book Thomas Hackworth, of what was happening at Shildon, after his return in 1837.

George believes that a second locomotive had been built to go to Russia.  It was similar to 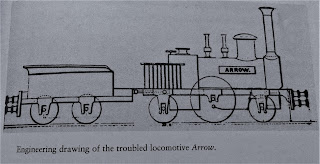 the Russian locomotive named ‘Arrow’.  It was purchased by the S&DR Company, but it had teething problems and Thomas Hackworth, who was the Manager at Soho Works, was blamed.  The Directors of the S&DR made things so difficult for Thomas that he decided in 1839 to leave. He set up his own business of Hackworth & Fossick at Norton near Stockton and continued to build locomotives – the very first order came from the Directors of the S&DR!  He also engine steam ships, six of which took part in the American Civil war. Things were never quite so good again for Timothy Hackworth.

George Smith says that John Wesley Hackworth continued to work for the family firm at Shildon, alongside younger brother, another Timothy.  However, things were not always cosy, “During the years 1840 – 1850, with Timothy Hackworth at the helm, Soho Works struggled to survive. Timothy operated on the margins of profitability…the situation at the 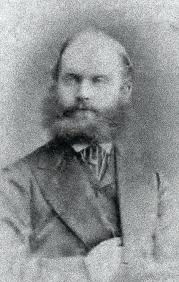 Soho Works deteriorated further when Timothy died in 1850.” John had taken care of routine operations of the work. “After Timothy’s death, there was a bitter dispute between John and young Timothy over whether to close the loss-making Soho works, or battle on and try and bring the company back into profit.”  Thomas set up business with George Fossick. Their company, Fossick & Hackworth in Stockton built locomotives and carriages. (Photo of Thomas Hackworth)

When John returned to England, love was on his mind too. He proposed to a young woman by the name of Jane Dunton from Newburn, near Newcastle, who turned him down in 1838. John eventually married Ann Turner, but the rejection affected him deeply. Luckily, there were no duels involved, his embracement of Russian culture stopped short at the long Russian beard! (According to the 1851 census, John was living at Shildon, aged 30, an engineer with his wife Ann and their three daughters, Joseph Salkeld (age 20) an apprentice, and a servant! 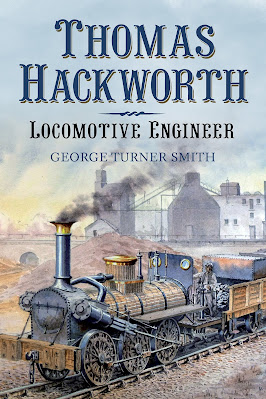