John Wesley Hackworth was born at Walbottle, (a village on the western outskirts of Newcastle) on May 8th, 1820, the son of the celebrated S & D railway engineer - Timothy Hackworth and his wife Jane Hackworth (née Golightly).

He was destined to become an engineer and prolific inventor in his own right and grew up in an environment where some of the most important, world-changing  industrial history was being made, some of it by his father, but his story is seldom told!


Jane Hackworth (née Golightly) (His mother)
Timothy Hackworth married Jane Golightly in 1813 at the age of 27 at Ovingham Parish Church where he had been baptised. Robert young tells us Jane "was a tall, handsome and well educated woman of roughly the same age." She entered into her husband's work, social, religious and professional life with great heartiness and sympathy. "Numerous family letters have been preserved which bear evidence of the knowledge and interest mutually held in Hackworth's business and doings, and of the affection and complete understanding between the two.." Robert Young Timothy Hackworth and the Locomotive p75

Later in the book Robert tells us " She was a women of great individuality, competent, energetic and an admirable housewife and.... had, in her younger days been a fine horsewoman. Like her husband, she had been attracted to Methodism, and on this account had been compelled to leave her home and live with a relative, her parents being rigorous members of  the established church." 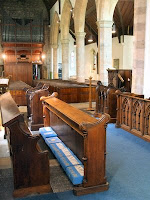 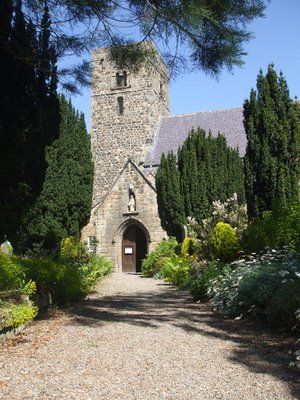 On her death, a friend of the family - John Cleminson wrote " I have always looked up to her as one of the most Holy and devoted mothers of Israel. Her zeal for God was always manifested in her regular attendance on all the means of grace. At a time when the prayer meeting was kept up at 5 O'clock every morning in the week, she was generally there with the first and when she exercised in prayer, the power of God was always manifest. the whole of her life was that of the Holy devoted Christian. When the Wesleyan  Chapel in New Shildon was built, she went of her own accord and laid the foundation stone, and then gave an address in which she expressed the gladness that God was providing a house for his people to worship in...when the chapel was open she rode 40 miles at her own expense to seek an able minister to open it. And when a dispute arose respecting the settling of the deeds, she went to the owner of the land, and like the noble Queen Esther, pleaded the cause of God and His people.

Her benevolence to the power and cause of God was only bounded by her means, she loved all who love our Lord Jesus Christ in sincerity. She fed the hungry and clothed the naked, and, like her Divine Master, she did good to the bodies and souls of men."

Jane's religious zeal might not impress so many now in our largely secular society, but this the early 1800's and Timothy Hackworth was a personal friend of John Wesley (obviously reflected in the naming of his son!). Yet here is a portrait of John Wesley Hackworth's mother, showing her to be a women of strength, compassion, wisdom and initiative and reveals her relationship with Timothy Hackworth as impressively egalitarian for the times!

"Jane Golightly came from a rough farmhouse up in Weardale which Jane, I and my great-nephew visited since the ruins are a still there. A lot of work has been done on the disappearing farms of Weardale. Jane's father was a weaver and probably a sheep farmer." Ulick Loring.

Timothy Hackworth (His father)
Timothy Hackworth's story is well covered on line and in Robert Young's book Timothy Hackworth and the Locomotive. "Born in Wylam 1786, Timothy Hackworth was the eldest son of John Hackworth who was foreman blacksmith at Wylam Colliery until his death in 1804; the father had already acquired a considerable reputation as a mechanical worker and boiler maker. At the end of his apprenticeship in 1807 Timothy took over his father's position.

In 1824, Hackworth was prevailed upon by George Stephenson to go to the Forth Street works at Newcastle as a 'borrowed man' to oversee, amoungst other things, the building of Active (as originally named) but which later became known as Locomotion No 1. By this time John Wesley Hackworth was five years old. Timothy's brother Thomas had taken over his duties at Walbottle meanwhile. Hackworth only stayed until the end of that year, following which, he returned to Walbottle occupying his time with contract work so as not to deprive his brother of the position.  While Timothy was in Newcastle, he had other offers and the idea of starting on his own account had occurred to him and in fact undertook to build some boilers for the Tyne Iron Company. When this was completed Stephenson reopened negotiations, this time to secure him as the resident engineer for the S & D Railway in march 1925 and had the effect of bringing Hackworth to Darlington to meet Edward and Joseph Pease at the Kings Head Inn. None the less Hackworth started up his own Engine manufacture in Newcastle but Stephenson urge the Peases to make him another offer. In 1825 Timothy finally accepted George Stephenson's proposition to become 'Superintendent Engineer' of the Stockton and Darlington Railway, to which he was appointed on 13 May 1825. A post he was to occupy until May 1840.

"Hackworth is believed, therefore, to have been influential in the development of the first Stephenson locomotive intended for the Stockton and Darlington Railway during his time at the Forth Street factory. That locomotive, then named Active, now known as Locomotion No 1, was delivered to the railway just before the opening ceremony on 27 September 1825. Three more of the same type were delivered in the following months and difficulties in getting them into operating order were such as to risk compromising the use of steam locomotives for years to come, had it not been for Hackworth's persistence. This persistence resulted in his developing the first adequate locomotive adapted to the rigours of everyday road service. The outcome was the Royal George of 1827, an early 0-6-0 Locomotive, that among many new key features notably incorporated a correctly aligned steam blastpipe. Hackworth is usually acknowledged as the inventor of this concept. From 1830 onwards the blastpipe was employed by the Stephensons for their updated Rocket and all subsequent new types. Recent letters acquired by the National Railway Museum would appear to confirm Hackworth as the inventor of the device." read more here  http://en.wikipedia.org/wiki/Timothy_Hackworth

This letter referred to, from Robert Stephenson to Timothy Hackworth, was until recently in the Joan Hackworth-Weir collection a direct descendant of John Wesley Hackworth and handed down and Joan donated it the museum at Shildon in 2005.). This is a link showing Jane Hackworth Young with the letter- http://www.culture24.org.uk/places+to+go/north+west/manchester/art29660

Timothy Hackworth Marries Jane Golightly
In 1814, aged 27, Timothy Hackworth married Jane Golightly at Ovingham parish Church at which he'd
been baptized. Robert Young tells us that Jane was a tall, handsome, well educated woman, and the two were almost the same age. She entered into her husband's work, social, religious and professional with great heartiness and sympathy. Numerous family letters have been preserved and they bear full evidence of the knowledge and interest mutually held in Hackworth's business and of the affection and complete understanding between the two. In their life together, which extended to 37 years, their children have borne testimony that though they had their full share of anxieties and troubles, yet in their home they were supremely happy and shared all the joys and sorrows pertaining to it.


Wesleyan Chapel
Some two years before his marriage, Timothy had begun attending services in the little Wesleyan Chapel in the Wylam and was so far attracted that he threw his lot in entirely with the methodists and became an ardent worker for them. This was in the days when Methodism had not reached the position which it later attained and to be labelled Methodist carried with it a certain amount of ridicule and opprobrium. Anything of this nature would not have the least effect on a man of Hackworth's temperament, nor was he the sort of man with whom anyone would venture to take liberties. Jane, like her husband, had been brought up in the Church of England, and when she joined the methodist Society she suffered considerably and , indeed, had to leave her home. It was when living with a relative that she became engaged and soon after married to Timothy Hackworth.
(For more background on Wylam,  I suggest Wylam (200 years of Railway History) by George Smith published 2012 available from Amazon http://www.amazon.co.uk/Wylam-200-Years-Railway-History/dp/1445610779